Government of Assam, in pursuance of the Assam Vision Document 2016-2025 has been initiating series of developmental activities in order to improve the economy, development and create employment in the state.

The Government has embarked upon a historic initiative to create Public -Ka Charter,a people’s vision document. Under the banner Assam Nirman - a dialogue series - a sincere effort was undertaken by BJP office bearers,leaders and consultants to reach out to the intellectuals, members of the civil society, academicians, industrialists, entrepreneurs, farmers, tea growers and other stakeholders. Serious and systematic discussions and dialogues were undertaken over weeks to deliberate on different issues like agriculture, industry, infrastructure, governance, social issues, regional divide, security concerns etc spread across the varied geography of the state. A significant digital campaign was also extended on various platforms like Facebook, Twitter, WhatsApp, Telephonic conversations, Skype conferences etc to discuss and debate on key agendas of Assam.The outcome of such extensive dialogue series has been a 360 degree approach to various problems the state faces.

However, one major focus area is to stimulate growth in rural economy as agriculture is the mainstay of Assam. Therefore, massive investment ideas were proposed in rural areas for complete rural empowerment in a period of 5 years to double the farm income. 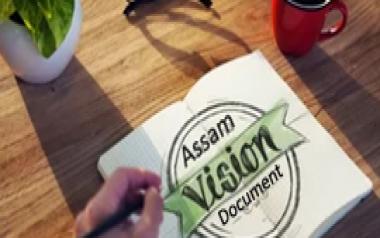